Forum Supporter
10 years of FIF
No, they had to sell Hakimi because of Inter debt. Not Suning debt.

magnesium said:
That is fucking Suning had to do as soon as possible. They must sell Hakimi because Suning fucking debt.

and our management promise not to sell anyone after that.

Then fucking Suning accept Chelsea offer, Marotta already said Lukaku is not for sale, but Suning is fucking need that money.

Marotta is the best football director in the world.
Click to expand...

Marotta & Antonello also said that we needed to raise 60 or 80 million that summer and cut [salary] expenses by 25%.

Sorry, but a prudent manager would have known that first of all Lukaku cannot really play in another system and second, since there was already a Manchester City offer, they knew that it was possible to sell him to a PL club for a large amount of money.

Major fuck up by the management here. Hakimi was the only one that did not want to leave. And it won't end here. De Vrij will be someone who wants to leave but Marotta will sell him. Skriniar was almost a victim of this but he rejected fucking Tottenham of all teams with their lowball offers. Brozovic almost left for free and it's not finalized yet.

Stop overrating Marotta for every little thing. He does a good enough job but stop making him some sort of Messiah.

Best Football Poster
If we hadn't sold Hakimi Chelsea would have never offered so much for Lukaku. Instead they would try to lowball us knowing we need to find 60-70m. Same thing Man Utd did with Perisic when we needed to find 40m in 2017.

After sell Hakimi, inzaghi and Marotta don't want sell Lukaku. Lukaku force us to sell because we don't offer him new contract.
Plus Lukaku decide to leave because Chelsea the team he like. Zhang want the money for paying the debt too.

Hakimi fate already sealed after PSG offer, there is no chance we can keep him.

Il Drago said:
If we hadn't sold Hakimi Chelsea would have never offered so much for Lukaku. Instead they would try to lowball us knowing we need to find 60-70m. Same thing Man Utd did with Perisic when we needed to find 40m in 2017.
Click to expand...

or we could just not announce the world that we're screwed if we don't come up with the funds.


Perisic offer was actually 45m, we were asking for 55m. It wasn't during the FFP madness, it was an ongoing issue from mid July to early August. They didn't want to give that big of a sum for a player nearing his 30s without much PL marketability. Only reason they chased him was Mourinho requesting him.


We wanted 70m in 2018 after the World Cup, they came up with 60m or 65m by including Darmian (rated 20m lol) that time. After scoring against England in the semi and also scoring in the final, the Utd management felt his name was worth the premium, but they wouldn't do 70.
They ended up with no one else for that position in 2017, typical, same thing they did when they failed to get Skriniar, Alderweireld and Maguire in 2018. Eventually they signed Sanchez in the 2018 winter, which doesn't really qualify as a Perisic alternative.

as for hakimi, there was zero chance to keep him

"right offer" and we will sell everyone


as for lukaku he is a WC player, same like immobile, needs right system to work.

its all chelsea/tuchel fault
P

10 years of FIF
Last night, I was thinking about that famous Prisco quote:

Today, when I think about Lukaku, I feel Inter well and truly swindled Chelsea and I simply love getting one over them.

Of course, the fact they were willing to pay that much is on them. But i can not help but feel that Inter got a great deal.

brehme1989 said:
Stop overrating Marotta for every little thing. He does a good enough job but stop making him some sort of Messiah.
Click to expand...

10 years of FIF
I'm sorry to say but I'm loving every second of his struggles and Chelsea frustrations with him. Deleted his twitter because of the abuse. What a fool leaving us, and thank god he pushed to leave because 115m euros was insane for this guy, no matter how good he was here. He's 28 and relies in his physicality.
Q

10 years of FIF
I’m honestly grateful for his time here and would definitely take him back if the finance is right.

But right now, let him serve as an example to those who may want to dump us in their pursuit of greener grass on the other hill. You dont know what you have until you’ve lost it.

10 years of FIF
Apparently he was booed by chelsea fans when he got subbed off.

We should propose a Sensi-Lukaku swap.

Shark said:
Apparently he was booed by chelsea fans when he got subbed off.

We should propose a Sensi-Lukaku swap.
Click to expand...

They were even chanting "Timo Timo Timo" when Werner was coming on in his place... and it was a triple sub 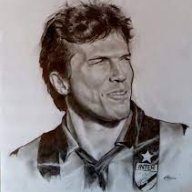 brehme1989 said:
They were even chanting "Timo Timo Timo" when Werner was coming on in his place... and it was a triple sub 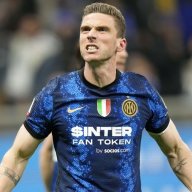 It has always been this way. Him being isolated without giving offensive fluidity upfront is his problem whoever the coach is. Moreover, his inapt ball control ability leads doubtfull to his teammates to pass the ball. That's why, he got the fewest touch in the game several times.

Forum Supporter
10 years of FIF
After the first 30s I was hoping this would be a joke video where he was just hands on hips the entire time and then show him do the kivk off and that's it
You must log in or register to reply here.
Share:
Facebook Twitter Reddit Pinterest Tumblr WhatsApp Email Share Link
Top