Ladies & Gentlemen, we now have a new president, the son of Zhang Jindong, the one and only Steven Zhang [aka Zhang Kangyang] Inter confirmed Zhang’s appointment to their board in a video on their social channels.

“When I close my eyes, I see a city with so much history and more to be written,” he said.

“People with ideas, with the will to improve what’s around them and themselves.

“A club that plays beyond the field to win the hearts of everyone. But then I open my eyes and see that all this is already here. I’m ready, are you?”

The 26-year-old [pictured, left], is the son of Zhang Jindong, who owns a majority stake in Inter through Chinese conglomerate Suning, and becomes the Nerazzurri’s youngest-ever President.

Let`s hope he will bring the club to where we belong, I am very confident of this. With this kind of backbone, know-how, financial power and management, we can truly become on of the best clubs in the world. 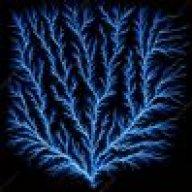 Forum Supporter
10 years of FIF
Why is it nepotism?

His father owns the club. He can appoint anyone he trusts.

Nepotism would mean to hire his incompetent family members in key positions only to get a payment. This term is usually deployed when it comes to the state-apparatus, unworthy people leeching public funds.

If you really feel the need to accuse him of some thing: more like cult of personality I was expecting Moratti to have AngeloMario run the club, but it never happend. So good luck Kangyang!

I don`t know about you, but I much rather prefer to see a young, energic and enthusiastic president run the club, that does care about top notch quality and innovation.

10 years of FIF
Gotta admit I enjoy reading your posts Dario. There is so much creativity and passion in them.

On another note I wish best of luck to our new president Steven Zhang. From what he has shown so far, he looks like he really loves Inter and is very committed to the club.

10 years of FIF
Steven Zhang over Erick Thohir anyday. Was Thohir ever at the stadium?

uny_arturo said:
Steven Zhang over Erick Thohir anyday. Was Thohir ever at the stadium?
Click to expand...

Yes he was, and he brought us only bad luck

STEVEN ZHANG NAMED PRESIDENT OF FC INTERNAZIONALE MILANO S.P.A.
"I am extremely proud to lead this club into a new era"

MILAN - Steven Zhang was today named the new President of F.C. Internazionale Milano S.p.A at the club’s annual shareholders’ meeting held at Hotel Magna Pars Suites in Milan.
Speaking to the shareholders on his appointment, 26-year old Steven Zhang said: “Today, I am extremely proud to lead this club into a new era. I feel the responsibility to satisfy the passion of the millions of fans all over the world and, I am more than ready to accept the challenge of President in this, the 110th year of this prestigious club.

“We will continue to make the sports performance the number one focus of our attention, and make sure the team has all the best support necessary to compete and be successful at the very highest levels of both the international and domestic game.

"Off the pitch, we will make Inter as strong a company as it is on the pitch. We must build strong skills in the commercial and marketing areas and further strengthen the management team.

"Meanwhile, we will keep enlarging the scope of our business globally. And we will continue to explore the possibilities of digital management and digital communications, to make Inter a leader in the field of technology.

"Also, we must remember that Inter isn’t just about football and what happens on the field. We will continue to uphold the sporting values of honest competition, fair play and sportsmanship. Together with our stakeholders, we will spread positive energy and messages to all our fans and society as a whole.

"I believe that with your help, I am now ready to take the next steps. Together we can take this Club forward into a new era of success. ”

Mr Kangyang Zhang (Steven Zhang) is the President of Suning International, the overseas division of Suning Holdings Group - the commercial giant ranked second among the top 500 non-state-owned enterprises in China with annual revenues of RMB 557.875 billion (approximately EUR 69 billion) and the owners of Suning.com. Mr Steven Zhang also serves as a member of the UEFA Club Competitions Committee.

Born on 21st December 1991 in Nanjing, in China’s eastern-central coastal province of Jiangsu. Mr Steven Zhang pursued his studies in finance and received a bachelor’s degree in economics from The Wharton School of the University of Pennsylvania.

Prior to embarking on his career with Suning, Mr Steven Zhang worked as an analyst for Morgan Stanley in the firm’s Investment Banking and Capital Markets division, where he specialised in initial public offerings (IPOs) and mergers and acquisitions (M&As).

Mr Steven Zhang is acknowledged as one of the most influential young business leaders in China and has featured in Fortune China magazine’s ‘40 Under 40’ list for the last two consecutive years.

Among other items on the agenda at the shareholders’ meeting was the approval of the club’s financial results for FY 2018. The results showed a continuation of the upward trend over the past two years under Steven’s leadership, with consolidated statutory revenues of €347 million, a 9% increase from 2017 and 45% up from 2016. The FY 2018 figures were duly approved by the shareholders.

The shareholders also approved the composition of the new board of FC Internazionale Milano S.p.A. and thank Mr Erick Thohir for his service as a member of the board.

Meanwhile, many milestones achieved during the past season, including the fourth place finish in Serie A that led to qualification for the UEFA Champions League, and multiple successes enjoyed by the club’s youth set-up and that for the third year running Inter boasted the highest average attendance in Serie A at over 57,000 fans.

The club currently occupies third place in Serie A and is second in Group B of the UEFA Champions League with 6 points after three matches.
Click to expand... 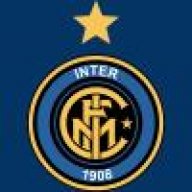 Best of luck Steven. You seem sincere, but I'm afraid your inexperience, for lack of a better word, in Italy means Marotta's arrival is imminent 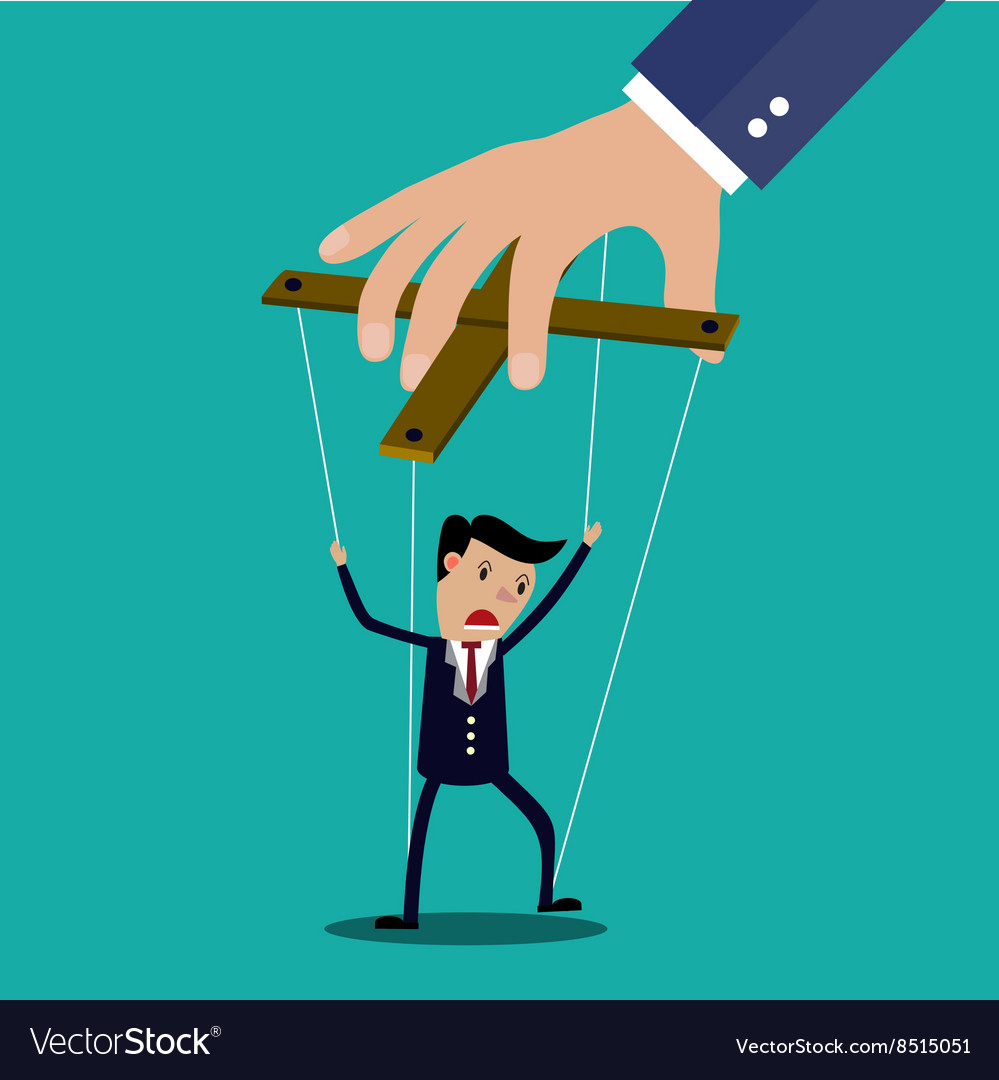 crepi said:
Best of luck Steven. You seem sincere, but I'm afraid your inexperience, for lack of a better word, in Italy means Marotta's arrival is imminent

Honestly Rube did well with Marotta. The combination of an enthusiastic young man and an experienced Italian football-related CEO could be a great combination again as it was in Rube.

I'm definitely positive about this.
J

10 years of FIF
Young, intelligent, educated, down to earth (as much as a billionare can be) guy as a president, someone who cried when we qualified for champions league, someone who could choose to be anywhere else in the world but chose to be here and have a major role...

Besnik said:
Yes he was, and he brought us only bad luck

is this bad luck in the form of the players he brought, ie the likes of mvila, taiders, botta etc?

Besnik said:
Gotta admit I enjoy reading your posts Dario. There is so much creativity and passion in them.

On another note I wish best of luck to our new president Steven Zhang. From what he has shown so far, he looks like he really loves Inter and is very committed to the club.
Click to expand...

Good to know some appreciate my work here, sometimes it feels I invest too much in FIF..

I almost forgot about this video:
[youtube]gbC9blmgVF4[/youtube]

Things are finally looking good for us and I`m confident we`re on the right track. 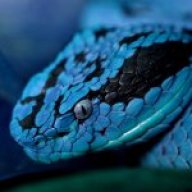 10 years of FIF
He has a great passion for this club..
The tears when we qualified for CL is a prove how much he care about this club.

21 December .. i guess he’s a Sagitarius.
usually this type of people was a sensitive one. I guess the tears against Lazio is a prove.

please sign a potential legend for your first signing.

10 years of FIF
Forum Supporter
I didn't know he went to Wharton. Obviously his family's money helped him get in, but that's impressive.

he is very self-confident and very focused on the goals he wants to reach for Inter, which are both a plus. that's how much i can tell about him so far. time will tell how good of a president he will be.
You must log in or register to reply here.
Share:
Facebook Twitter Reddit Pinterest Tumblr WhatsApp Email Share Link
Top