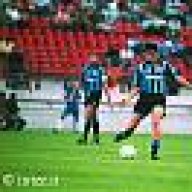 For me, and most nerrazurri in China, it's Oba. Some of us even go to Newcastle's website regularly, just to get his latest news.
Why do we love him so much? Cause he's our own kid, and did all he can for Inter. He loved and still loves this club.
Afer we won the champion, he even came to milan to watch the ceremony instead of immediately returnning home to prepare for Africa Cup, for which he was criticized by the coach of Nigerian national team.
Here's the pic

And Kallon, who once performed beyond everyone's expectation, and worked with devotion.Damn, I don't even know where he is now. Monaco, or where else?
To me,they are the two guys that we should never forget.Compared to them, how many players started talking shit about Inter immediately after leaving? I don't even bother to mention their names!
C'mon, plz add more names to this list, just for memory

Forum Supporter
10 years of FIF
Most Important Member
Starting from when I supported Inter (01/02): Oba, Kallon, Ventola, Vieri, Emre, Karagounis, Gamarra...Man the list would be endless. It doesn't mean I want all of them to come back here though, I just feel attached to them during their time with us.

By the way, I didn't know that he was in the ceremony! Glad to hear he was present. :star:

And the names mentioned above by you guys. 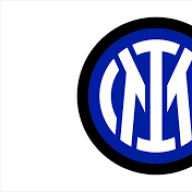 Forum Supporter
10 years of FIF
I miss oba oba,cauet,bergomi and djaerkaef,zamarono and simeone. The rest I don't really cared about they either didn't do enough here to remember or turned out to be nothing but dirty backstabbers like vieri and fatnaldo. 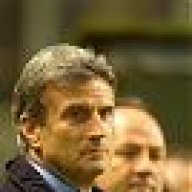 Forum Supporter
10 years of FIF
Di Biagio, Zamorano and Robbie Baggio that's all i could think of.
P

Forum Supporter
10 years of FIF
Most Important Member
How could I forget Hector Raul Cuper? :wallbang:

The one thing that I missed the most about him is how he always used to slap the players' chest when they first come out from the dressing room tunnel into the pitch.
P

10 years of FIF
Nostradamus
When you say miss, you mean want them to play again now at Inter or simply miss them? I'll consider it's the second one, like everyone else did...

I realy miss that team..

Okay, I changed the Who to the more appropriate Whom 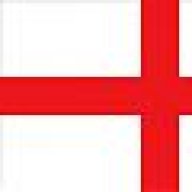 Why all the love for Cuper - he was a disaster and a failure??

cozzi said:
Why all the love for Cuper - he was a disaster and a failure??
Click to expand...


Because Cuper's Inter was the only Inter that all European teams used to fear from and pray that they won't play against them in the Champions League.

Which is obviously not the same case with the other coaches, like Mancini.

Forum Supporter
10 years of FIF
1) Matthaues- I miss his leadership and determination plus I am a fan of Inter because of him.

2) Zamorano- I love everything about this player.Talent,attitude u name it..

3) Oba- Cause he is home grown

4)Baggio because of his class

5) Vieri- Just for all those moments where out of nowhere he knocks one in...I still like him,alot.Although during that ride i was frustrated alot too.I guess thats the way love goes.

Forum Supporter
Zamorano and the guy who made me an Interista. CUPERMAN!

M.Adnan said:
Because Cuper's Inter was the only Inter that all European teams used to fear from and pray that they won't play against them in the Champions League.

Which is obviously not the same case with the other coaches, like Mancini.


You have to actually know what someone said, so can you tell us what they said?

And yes, Cuper's side was feared, mostly because Cuper knew how to behave in the Champions League more than anyone else, like Benitez is now... Maybe Valencia coaches should be our new thing

10 years of FIF
bah, all valencia coaches know how to play is counter attack

and it was boring as hell to watch